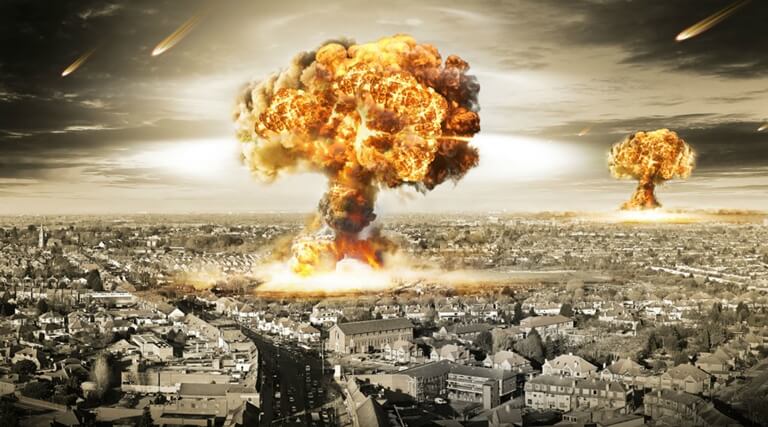 Causes and Effects on international Security

A new term called ‘Islamic Terrorism’ has been devised to create fear obsession in the minds of the people. But in reality no such thing called ‘Islamic terrorism “exists. In reality, Terrorism has no religion and/or race. Islam preaches against terrorism strictly and forbids from inflicting any fear in the  hearts and minds of people. This new phenomenon of Terrorism is usually equated with Islam and Muslims are globally labeled as terrorists.

Terrorists are not  simple  enemies to know as they do not specifically have a Military base or government. They have an innumerable complex motivation as individuals and as groups. In fact, few people can even agree  on  a definition  of terrorism.

Many people agree  that  terrorism is a despicable crime, but others argue that one person’s terrorist is another’s freedom fighter. This is the reality in the case of Palestine where they fight for their liberations.

These days all countries are trying to find technical measures to prevent their citizens from the terrorist’s actions. Thus, Terrorism mounts a big threat to International peace and security. The purpose of this paper is therefore to try to find out causes of terrorism and why people engage into this action. Furthermore it will illustrate effect of terrorism on World peace and security. Lastly, it will also give some suggestions of how to combat terrorism.

Generally, it is very difficult to find a working definition of Terrorism. Different International Relations scholars have different  definitions of this concept due to  their individual understanding. There is no consensus of how Terrorism can be defined. Terrorism is not new, and even though it has been used since  the  beginning  of  recorded history it can be relatively hard to define. Historically, we can trace an act of Terror from the 1789 French revolution.

French revolutionary government coined the word terrorism by instituting systematic state terror against the population  of  France in  the  1790s,   killing   thousands of innocent people  including Women and Children. Interestingly, definitions of terrorism vary widely but all start  from  a  common point of departure. Terrorism is characterized, first and for most, by the use of violence. Such violence includes, hostage-taking, hijacking, bombing, and other indiscriminate attacks, usually targeting civilians.

Several intellectuals around the World have attempted to give different meanings of this ambiguous notion. For instance, the former Prime Minister of Malaysia Dr Mahathir Muhammad in one occasion said “the word terrorist means a person who creates the feeling of insecurity and fear, and threatens the life of an individual or a group of people”. Despite its popularity, terrorism can be  a  vague  concept.  Even  within the U.S. Government, agencies responsible for different functions in the ongoing fight against terrorism use different definitions for what looks like trying to justify US actions across the globe.

The Department of Defense Dictionary of Military Terms defines terrorism as: The  calculated  use of unlawful violence or threat of unlawful violence to inculcate fear; intended to coerce or to intimidate governments or societies in the pursuit of goals that are generally political, religious, or ideological.

The Council of Arab Ministers  of the Interior and  the  Council  of Arab Ministers of Justice in Cairo, Egypt in 1998,  defined  terrorism at the Arab Convention for the Suppression of Terrorism as: “Any act or threat of violence, whatever its motives or purposes, that occurs in the advancement of an individual or collective criminal agenda and seeking to sow panic  among people, causing fear by harming them, or placing their lives, liberty or security in danger, or seeking to cause damage to the environment or to public or private installations or property or to occupying or seizing them, or seeking to jeopardize a national resources.

Looking at the two definitions sited above, one can understand that the US Department of security’s definition is not going deep of what terrorism is as compared to the definition given by the Arab council of Ministers. The former’s definition used the word “any” to include all forms of violence, physical and psychological. Furthermore, it illustrates  an  important   intention of terrorism that has not been mentioned in their counterparts’ definition by elaborating that either the intention is to seek occupation or seeking to jeopardize national resources.

Generally, people become terrorists and  resort  to  violence  when their needs are not met. When in any nation, people are oppressed and not allowed to express themselves and what they need; they retaliate to this frustration by indulging into terrorism. When governments and the establishments do not respect the feelings and sentiments of the people, it leads to alienation which makes people rebel against their government.

Nevertheless, there are some segments who commit acts of terrorism for fame. And some people are sadists who love to inflict injury upon others. There are other factors which lead to  terrorism, such as globalization, international economic inequality, oppression, signs of imperialism, and of course religious extremism. It is a fact that globalization came with various changes in all human aspect of life. Culture is one of very important aspect of life that every society tries to preserve.

By looking at the impact of globalization, we find out that globalization is affecting the culture. For example, many of the developing countries are being forced directly or indirectly by the Western powers to follow their way of life. This drives some of the indigenous people of victim countries to resist by any means which in many cases end up building terrorists groups.

Economic  oppression  by   the rich countries against the poor nations, is another profound cause of terrorism. The rich and highly industrialized countries oppress the poor countries economically through the mechanism of the international economic institutions such as IMF and World Bank. Another greatest factor that contributes to the act of terror is the Western occupation of other nation’s territory.

Effect of Terrorism on International Security

First, it has revitalized the fortunes of political realism as a philosophy for theorizing security and given the upper hand in policy debates to those who think of security as being based on the ability to exercise (usually military) power against over one’s rivals (for a damning critique of the realist mentality and agenda see Booth coming).

Second, it has pushed to the sidelines a wide range of other important security challenges, notably the struggles to promote human rights, environmental sustainability.

Human rights values are not carefully observed in every aspect. For instance, the security arrangement in Airports has completely changed not only for the better but also to the extent that infringes people’s rights

i.e. in other developed countries; screening machines are positioned to check passengers  beyond their clothes. In short we can say there is no privacy is observed.

This problem goes beyond that reality when many of the western nations take Muslims as the prime suspect of terrorism. Many Muslims living in western states are now depressed from their constitutional rights to free exercise of religion and assembly. Furthermore, the daily life of Muslims at schools, in the workplaces, in  general  public is miserable as they are badly mistreatment though not physically but through looking at them as terrorists. What it means here is that, terrorism as a political and security phenomenon has created a wide gap of enmity between states mainly between the west and Muslim world and Muslims at large.

Generally speaking, combating terrorism is not an easy task as some people think. As it is difficult to define and identify who is a terrorist, the same applies to how it can be combated. Of course there are different suggestions given by various thinkers to how this security problem can be solved, but none of the suggested methods has been successful yet. The question is, why? We should remember that we are living in a diversity world which is fragmented into different aspects, culture. Religion, values and  so  forth.  Although  terrorism has proven to be a complex global issue, still there is hope to solve the problem. First, the problem should be taken as a threat to all nations and not selected countries such as USA and the European countries only.

States will open up their doors to share   information   through   their secret intelligence departments knowing that the threat is not only for one nation. Advanced countries in military technology should open their doors to support and equip poor nations with sophisticated weapons that can deter terrorists groups.

Many terrorists groups are harboring in third World countries knowing that hosting governments has no capacity of fighting them since they have inadequate military capability. Economic suppression is another big  factor  contributing to the increase of terrorism. Highly industrialized countries should realize the fact that some terrorist groups and individuals are forced to be terrorists because they are tired with oppressions.

Some of them argue that, rich countries robe their natural resources such as natural Gas and Oil. In return they get nothing hence indulge in terrorism to express their frustrations. Thus, terrorism can be combated if there is an intense economic relationship between rich and poor nations.

The pain and sufferings in the Afghanistan, Iraq, Syria,  Libya and other  parts  of  the  World  is a significant result of terrorism actions. Many  innocent  people are in prison  through  allegations of being in touch with terrorist groups. Nations which are leading other countries in the War against terrorism should bear in mind that, matters concerning international Security are the burden of all nations across the global. No one country how powerful it is in terms of economic and Military capability can solve a global problem of security dilemma alone without the help of others.

What Are Sukuk Bonds And Are They Different From Typical Bonds? 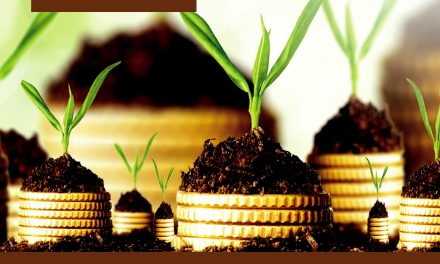 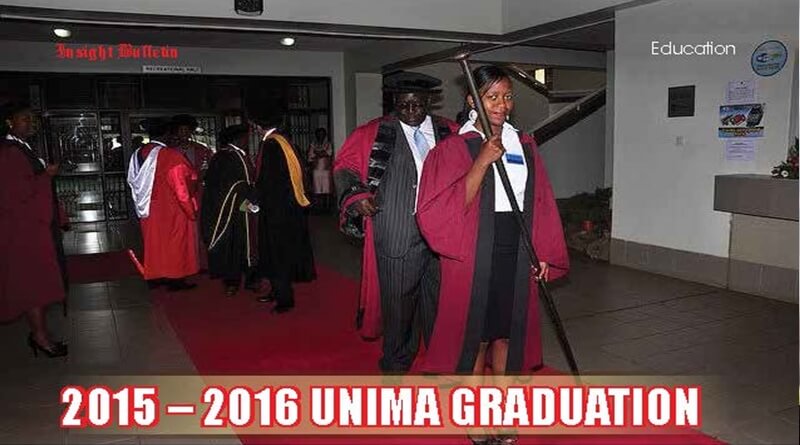 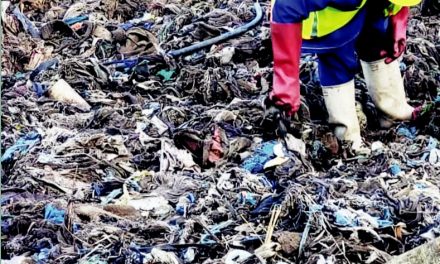